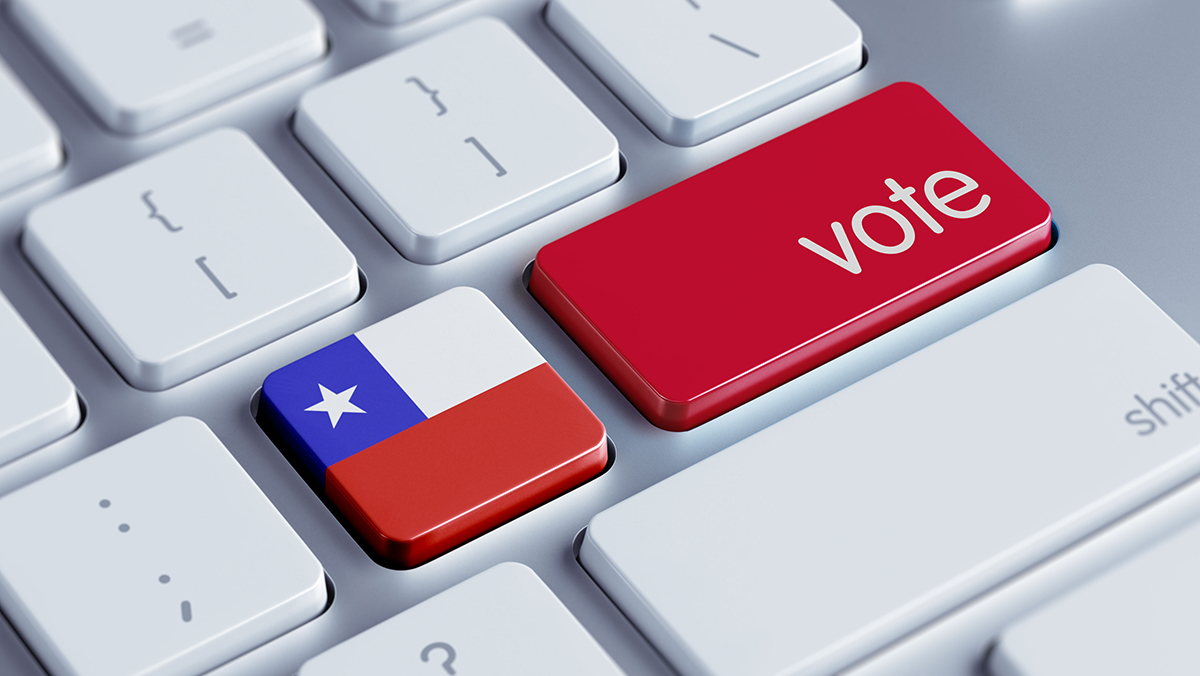 It can start with a simple “Like” to a comment on Facebook. Suddenly, that first approval click, given freely and autonomously by a user to a message which content matches his or her interests, becomes part of a chain of events that ends with that person selecting a preference and choosing the next president.

What is the influence of the social networks in that final act -the vote-? To answer this pivotal question and in the context of an unparallel international initiative, Facebook has decided to share its data with the scientific community under a protocol that will preserve the integrity, anonymity, and transparency of the information. With these data, researchers will be able to understand the platform’s influence on elections in eight countries, Chile among them, and assess the impact of different digital phenomena (such as the fake news) on the democratic processes.

More than 60 researchers from 30 universities take part in the 12 final projects that were accepted after a competitive peer-reviewed process organized by the Social Science Research Council (SSRC) in the U.S.A. and Social Science One (an academic community lead by the universities of Harvard and Stanford, and Facebook.

The results were announced on Monday, May 29th, 2019, and among the 12 projects granted, two belong to the Millennium Institute Foundational Research on Data (IMFD) and will study the Chilean presidential and legislative elections of 2017.

“These grants are the evidence that the researchers of the Millennium Scientific Initiative are today working in frontier topics, such as the study of new influences on social processes. It is essential to analyze and understand what happens in the digital universe, to understand dynamics that we are just beginning to size in such vital areas as democratic elections”, said Marcelo Arenas, director of IMFD and full professor of the Department of Computer Science at the Universidad Católica de Chile.

Two factors are novel and highly relevant in this initiative. First, it requires the creation of a specific infrastructure that will allow researchers to access information, such as the reactions of a link posted on Facebook, while protecting the privacy of the users by eliminating identifiable information. Second, to guarantee the independence of the researchers, Facebook did not participate in the selection of the projects and can not limit the results.

Fake News in the Chilean Presidential Elections of 2017

The IMFD researchers Sebastián Valenzuela and Magdalena Saldaña, professors at the Faculty of Communications of the Universidad Católica de Chile, will lead the project “False News on Facebook during the 2017 Chilean Elections: Analyzing Its Content, Diffusion, and Audience Characteristics”. In this group also participate Juan Pablo Luna, professor of the Institute of Political Science and the School of Government at the Universidad Católica de Chile; and Bárbara Poblete, Benjamín Bustos and Jorge Pérez, from the Department of Computer Sciences at the Universidad de Chile.

Valenzuela explains that “Chile presents very high levels of use of social networks, and of online political participation. But, at the same time, the people don’t trust in politicians and every year the citizens participate less and less in election processes. For all of these and other factors, our country is at risk of the spread of misinformation and disinformation”.

The researcher adds that, although there’s few scientific evidence, the data obtained by his group confirm that the exposition to rumors, conspiracies, and false news among users of social networks is high.

For instance, the data obtained by Tren Digital, a think tank of the Faculty of Communications in the Universidad Católica, shows that 66% of the people surveyed knew about the false story about Venezuela’s President Nicolás Maduro advocating for people to vote in favor of the candidate Alejandro Guillier. In the same study, 84% knew about the false report about Sebastián Piñera saying there were ballots already marked in favor of the candidates Beatriz Sánchez and Alejandro Guillier.

“This doesn’t mean that the Chileans believe that false information to be true. In the same study, the people who think that information is true is less than half of the total surveyed. But, at the same time, it has been seen that the more familiar a specific information is, the more people tend to believe it is true”, says Valenzuela, using as an example the case of the information related to vaccines. “The more the people read vaccines are dangerous to health, the more they tend to doubt of the general scientific consensus that immunizations are key to human health”.

A long and narrow strip of misinformation

In two studies soon to be published, based on the surveys of TrenDigital, Valenzuela and their colleagues at Universidad Católica, Daniel Halpern and Juan Pablo Miranda, and with James Katz, of the University of Boston (U.S.A.), establishes that Chile has become a fertile ground for the promotion of misinformation via social networks.

In this context, the new research project of the IMFD that will use data provided by Facebook will study the extension, exchange levels and consumption of erroneous information by users of that social platform during the electoral campaign of 2017 in Chile.

“We will work with four objectives. The first is to measure the exposure and exchange of false news in relation to verified news. Then, we will analyze the attributes of the contents that predicts the exchange of erroneous information. We will also explore the users’ emotional reactions to false news in comparison with verified news and, finally, we will develop a sociodemographic profile of exposure to erroneous information, to analyze whether voters were more exposed than the non-voters to the false news”, Valenzuela states.

The Role of Facebook in Legislative Campaigns in Chile

The second project granted to the IMFD will be led by Juan Pablo Luna, professor of the Institute of Political Science and the School of Government of the Universidad Católica de Chile, and it will analyze the role of Facebook in the legislative electoral campaigns in Chile in 2017. 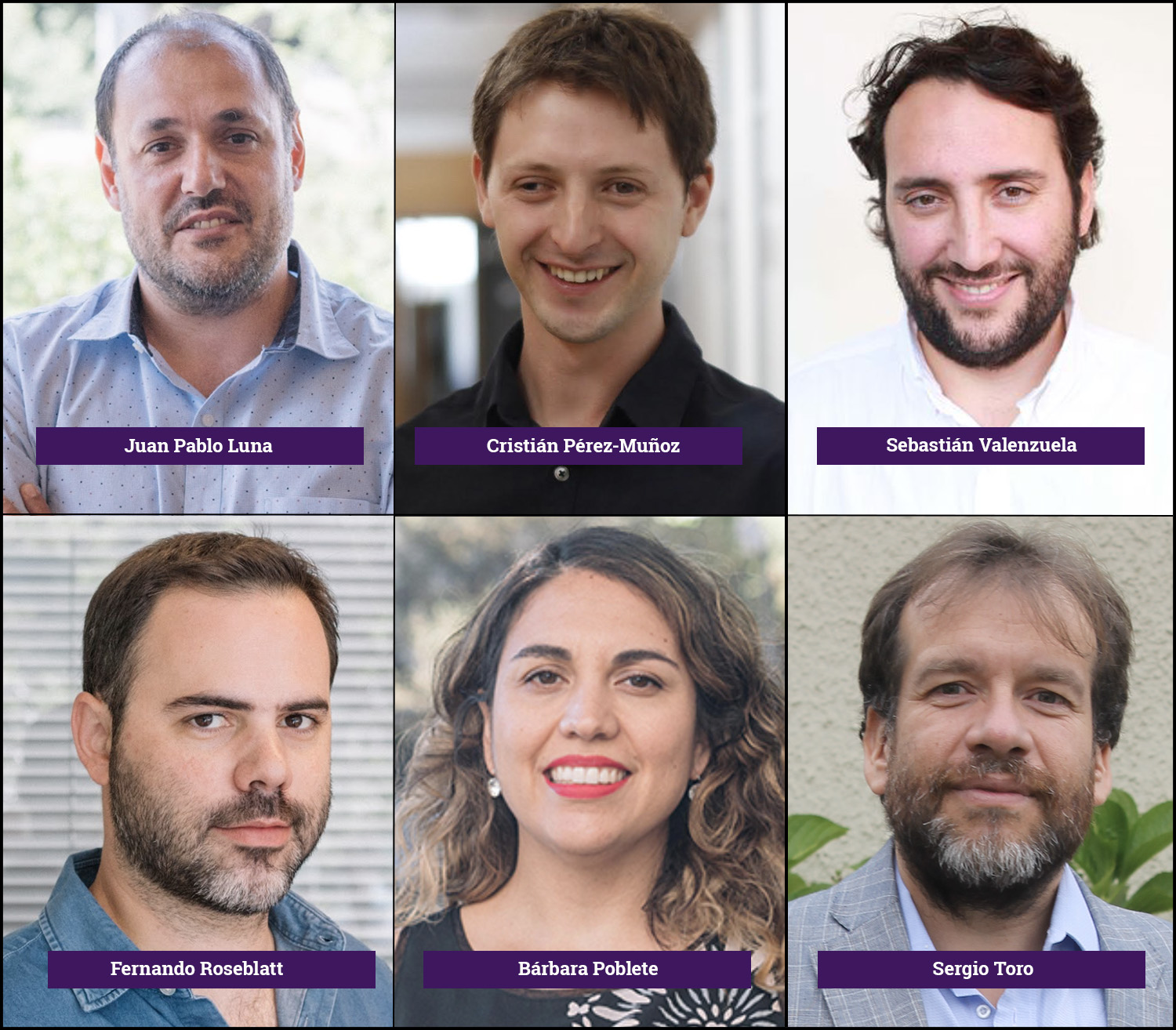 This project aims to understand the role of Facebook in the electoral campaigns of 2017 in relation to other parameters, such as audiences segmentation: “This has not been done so far, because -in general- those who analyze electoral campaigns and the logic behind them always look at a single dimension: only social networks or only offline campaigns. Our project will be the first, as far as we know, to study in Chile in a combined way both types of campaigns, online and offline”, Luna explains.

Juan Pablo Luna says that in 2017 his group followed-up legislative campaigns in the field, but also on Twitter and Facebook, of 17 candidates to Congress in several districts of the Metropolitan and Biobío counties, a study that allows them to already have some ideas to explore ahead.

“For example, we saw two candidates with totally different levels of effectiveness: both came from challenging parties, under the umbrella of strong social movements. The two of them made very strong campaigns on Twitter and Facebook, but one had a very high rate of votes per tweet, while the other had a very low outcome. The difference would be given by what each one of them did in the field, which would mean that there is a connection between the online and the offline campaign, which is what we hope to corroborate with this project“, describes the researcher.

In addition, his team aims to explore the impact of message segmentation: “We think -and this is what we have seen til now- that segmentation according to audiences, considering the algorithms of the social networks, works in the service of political campaigns in the same way they do for marketing campaigns for brands or companies. Candidates could have delivered different or even contradictory messages to different groups through this segmentation and thus have increased their sphere of influence”.

These two grants are a milestone in a multidisciplinary research field, the signature of work the IMFD is carrying away: “Facebook data will allow us to perform more sophisticated analyzes and Chile will be part of a community that will access this information for the first time to study the impact of social networks on contemporary democracies”, concludes Juan Pablo Luna.