Skip to content
More than 100 attendees concluded the first version of the IMFD Data, Beer & Pizza 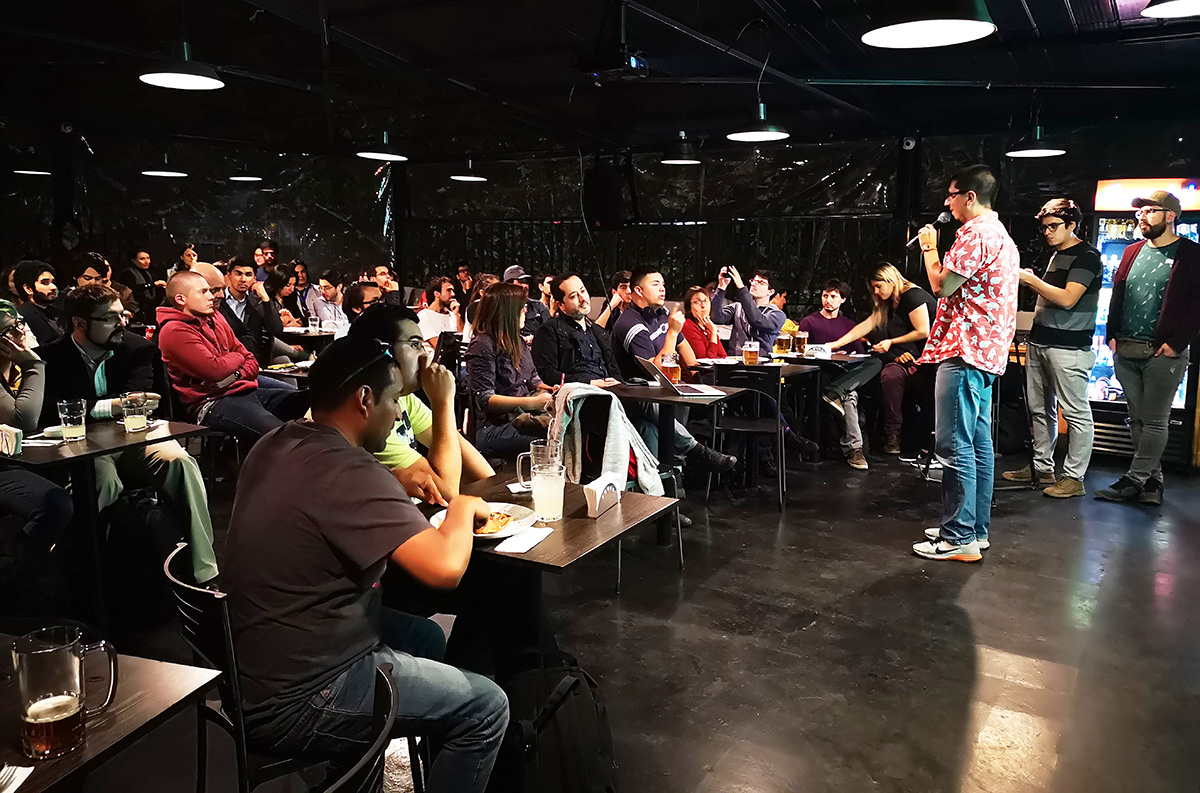 Data (a lot of data), pizza and beer were the ingredients of the first version of the IMFD Data, Beer & Pizza, an event that looks for —in a relaxed environment— communicate the impact of science of data in a variety of application fields.

More than 100 people attended to this first meeting, organized by the Millennium Institute Foundational Research on Data with the support of the Outreach Programme of the Millennium Scientific Initiative.

Do computers understand the human language? How (and related to what posts) a troll appears in social media? Are computers almighty? These were the three main topics addressed by Jorge Pérez, Magdalena Saldaña, and Marcelo Arenas, respectively, in the first edition of Data, Beer & Pizza held in and Galería Mackenna (Santiago) on April 16th, 2019.

Can a computer understand human language?

Jorge Pérez, an associate researcher at IMFD and professor of the Department of Computer Sciences in the Universidad de Chile, was in charge of the first talk. Pérez explained how artificial intelligence is trained to learn to connect concepts and build common phrases people use daily using that attribute we think is unique and distinctive of the humankind, the language.

With different examples, Pérez described how computers, by learning to build phrases using the information produced by the humankind, reproduce (without comprehending the meaning) the same biases society has developed in relation with many concepts, such as those related to gender or occupation.

The digital media Emol describes that Pérez explained step by step the training of an AI “by using vectors and words analyzes, that was taught to a system, with concepts extracted from articles in Wikipedia”. During this explanation, the researcher programmed in front of the attendees to show how the computer connected words related to gender or politics with adjectives that clearly exhibited biases.

A mission for scientists, Pérez stated, is to avoid teaching biases to the AI.

Magdalena Saldaña, an IMFD researcher at the Faculty of Communications of the Universidad Católica, talked with the attendees about incivility in social media, the academical term that refers to trolls activity.

In her presentation “Haters gonna hate”, Magdalena Saldaña said that, while at an international level around 20% of the online comments are uncivil, in Chile that number climbs to 25% and, in elections periods, reaches up to 30%.

“Why is it important to study this behavior? Because uncivil comments have an impact on audiences: people become more intolerant, the credibility on media decreases and, even more, trolls impact on the perception a person can has about events”, explained Saldaña, pointing out that when there are more uncivil comments on an article post, the audience tends to perceive the news as negative without reading them.

Marcelo Arenas, IMFD Director and professor of the Department of Computer Science in the Universidad Católica, was in charge of the final countdown. In his talk, Arenas debunked the general belief that computers have reached an unsurpassable processing capacity.

Arenas explained that, although in some aspects computers may be superior to human beings, that doesn’t make them infallible nor almighty: there are limits imposed by the simple fact of the physical capacities of computers.

To demonstrate this, the researcher used some examples of problems which solutions, if processed by computers, would take longer than the time the universe has existed to achieve a result.  “And this is a good thing: because if a computer was able to solve some efficiently some of these problems, all that science has achieved in cryptography which is key for the digital financial safety would be useless”, concluded Arena

The first edition of Data, Beer & Pizza is part of a series of meetings with the society that will take place in 2019. The events will be informed by the IMFD website and its social networks.