Skip to content
Are computers almighty? Marcelo Arenas will talk about the subject in The Nerd Nights Chile 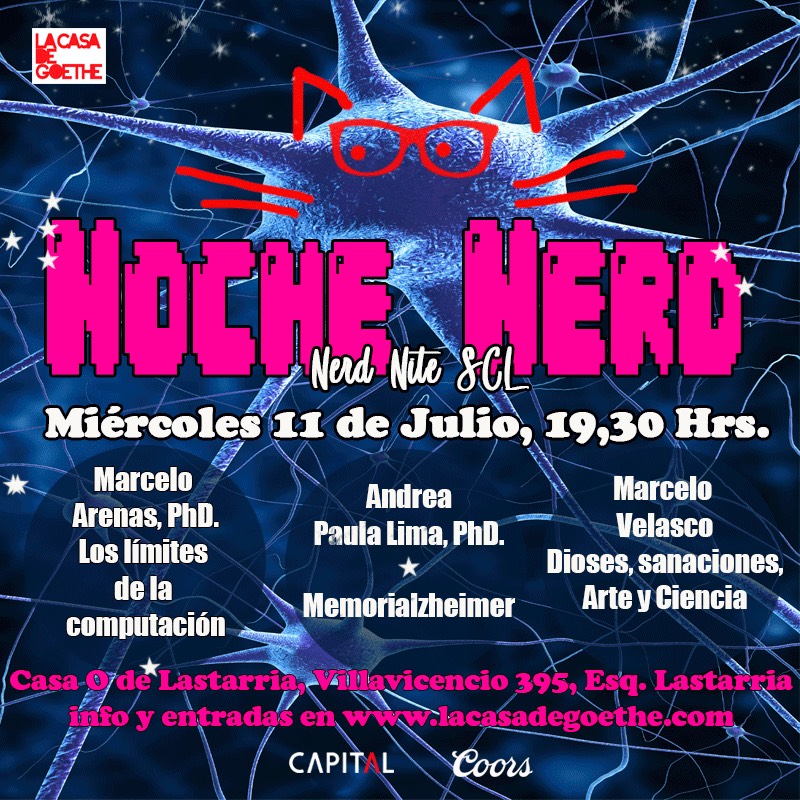 The Nerd Nights or Nerd Nite SCL are monthly events where enthusiasts on science and technology topics can learn about the latest developments in these areas. It has become one of the most interesting events in Santiago, one that allows the audience to keep up with the latest advances in science while enjoying in relaxed atmosphere.

On the evening of Wednesday July 11th, at 7.30 pm, Marcelo Arenas, director of the Millennium Institute Foundational Research on Data and professor of Departament of Computer Science of the Catholic University will address in a didactic talk an interesting question: in a scenario where computers have defeated or set parallel to humans in many activities and with the development of more sophisticated systems of artificial intelligence, are already computers almighty? Or do their abilities have limits?

“We know what computers can do and, apparently, their possibilities increase every day. But little is said about what they cannot and will never be able to do”, says Marcelo Arenas. The professor is internationally recognized for his contribution in computer science.

Arenas will be accompanied by Andrea Paula-Lima, Ph.D. in Biological Chemistry from the Federal University of Rio de Janeiro, who will talk about Memory and Alzheimer. Andrea Paula Lima was recognized in June 2018 at the Chilean Academy of Sciences with the “Academic Excellence to Young Researchers Adelina Gutiérrez”Award.

There will also be Marcelo Velasco, Bachelor of Science, Director at the Fundación Arte + Ciencia Chile, with “Gods, Sanations, Art and Science”.

Information and ticket sales at www.lacasadegoethe.org