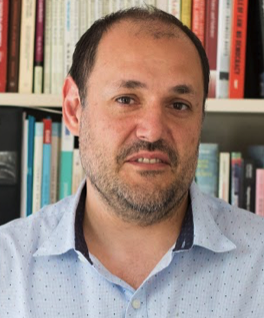 Abstract: We assume that in a modern democracy people would have access to basic rights linked to civil, political and social citizenship. Without such access, democratic agency becomes problematic. Based on data from the LAPOP survey and the work with more than 100 thousand observations for the 2012-2016 period, Juan Pablo Luna and Rodrigo Medel analyzed the perceptions of Latin American citizens regarding their access to citizenship rights in the region. Based on this work, they carried out a comparative analysis of the situation of Chile in the regional context. The most relevant empirical finding accounts for a marked functional, territorial and socioeconomic segmentation of the perceptions of Chileans regarding their degree of perceived access o democratic citizenship.

In this talk, Juan Pablo Luna will present the results of this research and will discuss its implications for future research on the quality of democracy in Chile and the region.

Bio: Professor of the Institute of Political Science of the Pontifical Catholic University of Chile and Associate Researcher of the Millennium Institute for Foundational Research on Data. Doctor in Political Science from the University of North Carolina at Chapel Hill, United States. He is the author of “Segmented representation: political party strategies in unequal democracies” (Oxford University Press, 2014) and “Instead of optimism. Crisis of political representation in the current Chile “(Catalonia, CIPER, 2017). In 2014 he co-edited the book “The Resilience of the Latin American Right” (Johns Hopkins University Press). He is editor of Latin American Politics and Society (academic journal edited by Cambridge University Press). He has been a visiting professor at the universities of Columbia (2018), Brown (2016), Harvard (2013), Sciences-Po (Paris) and Princeton (2008). He is a regular columnist at CIPER-Chile.