Felipe Bravo-Marquez is an Assistant Professor with the Department of Computer Science at the University of Chile and a Young Researcher at Millennium Institute for Foundational Research on Data. He conducted his PhD degree in the Machine Learning Group at the University of Waikato, New Zealand, where he also held a research fellow position for two years. He currently holds an Honorary Research Associate position with this group. Previously, he received two engineering degrees in the fields of computer science and industrial engineering, and a masters degree in computer science, all from the University of Chile. He worked for three years as a research engineer at Yahoo! Labs Latin America. His research interests and expertise lie in the acquisition of knowledge and information from natural language, spanning the overlapping fields of natural language processing (NLP), machine learning (ML), artificial intelligence (AI), and information retrieval (IR). During his research career he has developed several NLP and ML methods for the analysis of opinions and emotions in social media, which have been published in top tier AI conferences and journals e.g., IJCAI, ECAI, JMLR, Knowledge-based Systems. He has been part of the program committees of important conferences in natural language processing and artificial intelligence, including ACL, EMNLP, NAACL, IJCAI, and ECAI.

Felipe has co-organized two shared tasks on the automatic analysis of emotions in tweets. One of the tasks was made part of SemEval, the major event on which an NLP task can be hosted, and attracted about 200 participants from all over the world. He is the main developer and maintainer of the AffectiveTweets software, an open source tool for analyzing emotions and sentiment of tweets. His work has been cited more than 1000 times (Google scholar, December 2019). He has given invited talks about NLP and deep learning in various Chilean Universities, The University of Melbourne, The National Research Council, Canada, and the Institute of Computational Linguistics at the University of Zürich, among others. 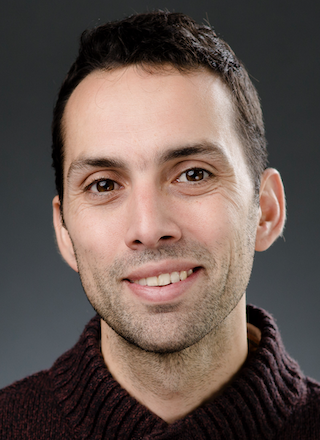