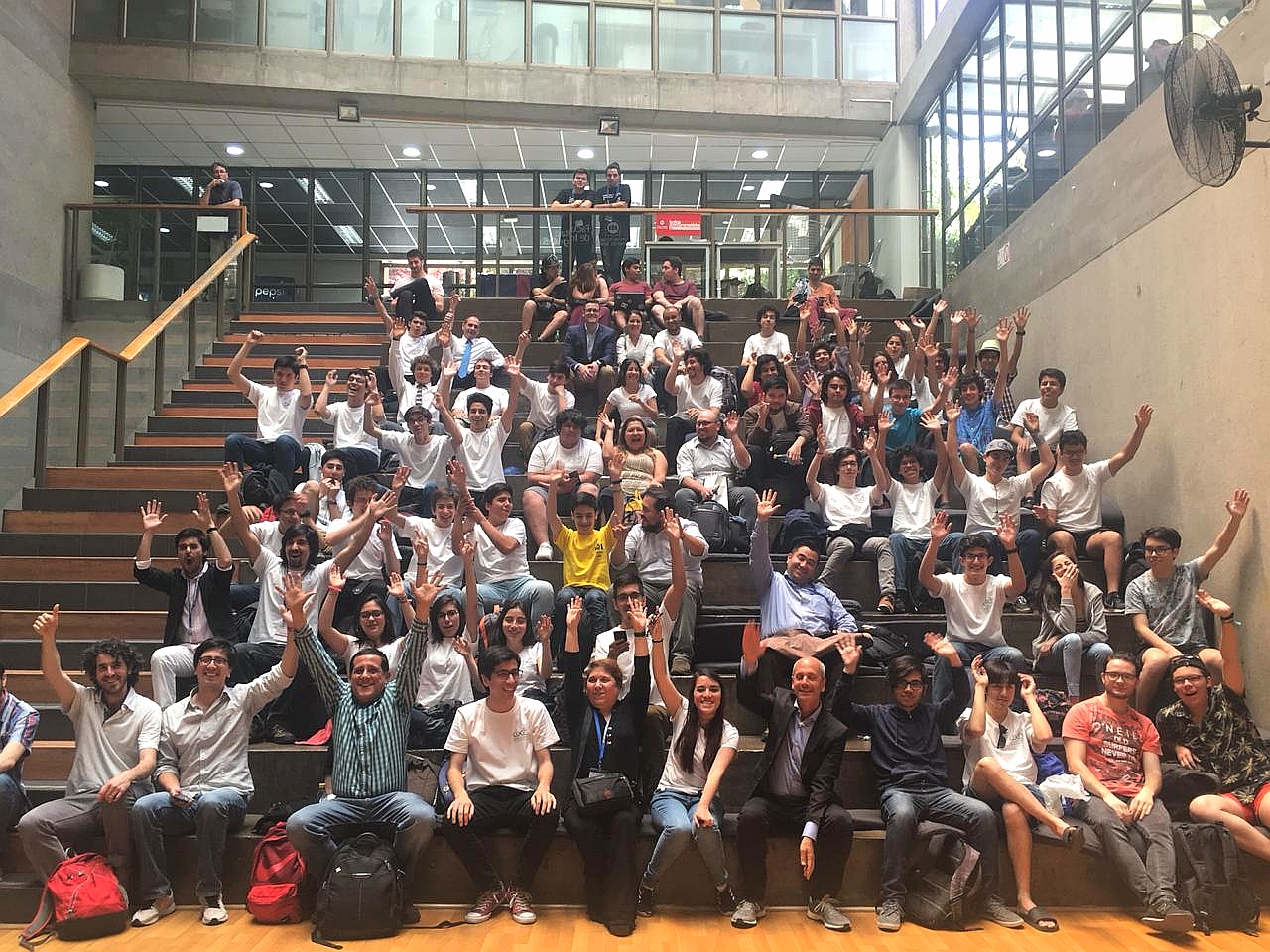 “Programming produces in me a sense of freedom because it requires a deep understanding of the things that are being asked, transforming the answers into computer code and by doing this solving a problem. The most entertaining part of this process is that you can achieve solutions by several ways with all of them being correct”, says Tomás Castillo (15), from the Kent School, one of the participants of the VII Chilean Informatics Olympiad (OCI 2018).

Tomás was part of the 41 students from schools from the Metropolitan area, Talca, Chillán, Concepción, Temuco and Valparaíso, who reached the National Final that took place on November 5th and 6th at the Universidad Andrés Bello, in Santiago.

The OCI initiative is organized by the Corporation for the Promotion of Computer Science in Schools (C^100), with the support of the companies Synopsys, TOC and IntroLogic, and the civil organization Community of Competitive Programming in Chile. The activity, in addition, is sponsored by the Millennium Institute Foundational Research on Data (IMFD) with the support of the Millennium Science Initiative.

During the competition, each student received a set of four problems that had to be solved in a maximum of four hours through the development of programs that later went up to an online platform, through which they were assigned a score depending on how good was the solution.

“The problems are logical-mathematical and involve algorithms and programming techniques that students must apply to solve them properly,” explains Catherine Espinoza, executive director of the Chilean Computer Olympiad.

Finding the shortest route between two cities or the shortest transfer time between these, knowing all the possible road alternatives is an example of a situation in which students would apply these techniques. In this version, one of the dilemmas to solve had to do with looking for the most efficient way to put tiles in a kitchen, taking as dimensions the dimensions of the room and those of the tiles.

Catherine Espinoza emphasizes that version 2018 was unprecedented in terms of the number of participants in the final: 41 competitors, eight of them women. “Compared to last year, we had 34 participants in the national final and only four were girls.” This is one of the goals of the Olympiad: greater female representation in all stages.

The 10 winners will participate in an intensive summer camp in January, where they will learn advanced computer skills. At the end of the camp a new competition is held, to choose four Chilean representatives who will go to the International Informatics Olympiad, which in 2019 will take place in Azerbaijan.

They are expected to have a highly competitive performance: the winning team of the OCI 2017 traveled to Japan and returned to Chile with a bronze medal.

“To date, the Chilean Informatics Olympiad has allowed to summon, considering all its stages, more than 2,200 students. With this we are echoing the global trend of strengthening STEM skills and abilities of students, “concludes Jorge Pérez, an academic from the Department of Computer Science of the Universidad de Chile, an IMFD researcher, and director of the OCI.