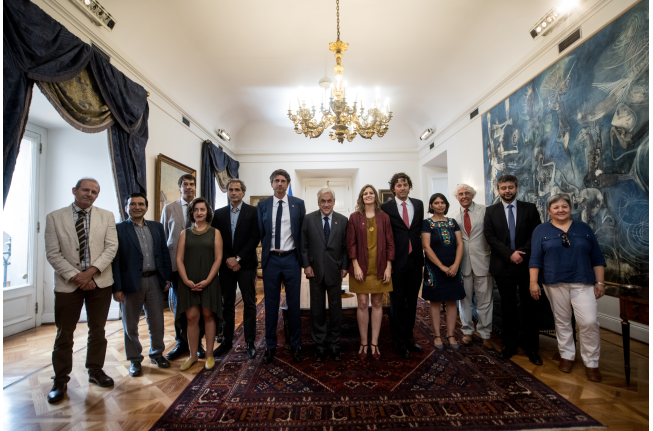 Representatives of the most diverse scientific disciplines were invited to be part of a meeting at the Palacio de La Moneda, with President Sebastián Piñera; the Minister of Science, Andrés Couve, and the Undersecretary of Science, Carolina Torrealba.

Nine Chilean scientists attended to the meeting, aimed to create a dialogue on how to foster science, technology and innovation to contribute to the country’s development.

According to the director of the IMFD, Marcelo Arenas, professor of the Department of Computer Science of the Catholic University, “it was an interesting conversation. The views of all the scientists at the meeting were carefully listened to, and they were all related to needs we consider vital for the country to achieve an equitable and sustainable development. In this context, the science of data plays a role of the highest relevance, since it al.lows to use information for a government management based in intelligence and scientific rigor”. 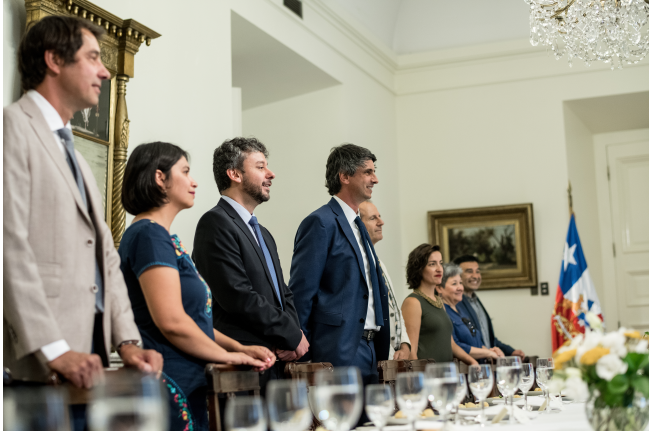 Nine Chilean scientists attended to the meeting, aimed to create a dialogue on how to foster science, technology and innovation to contribute to the country's development.
More news
View : All
Annual
2023
2022
2021
2020
2019
2018
2017
2016
2015
Biannual
1st semester
2nd semester
Monthly
January
February
March
April
May
June
July
August
September
October
November
December
No news in this category
Introduction to Data Science Workshop: a new way of understanding the world around us