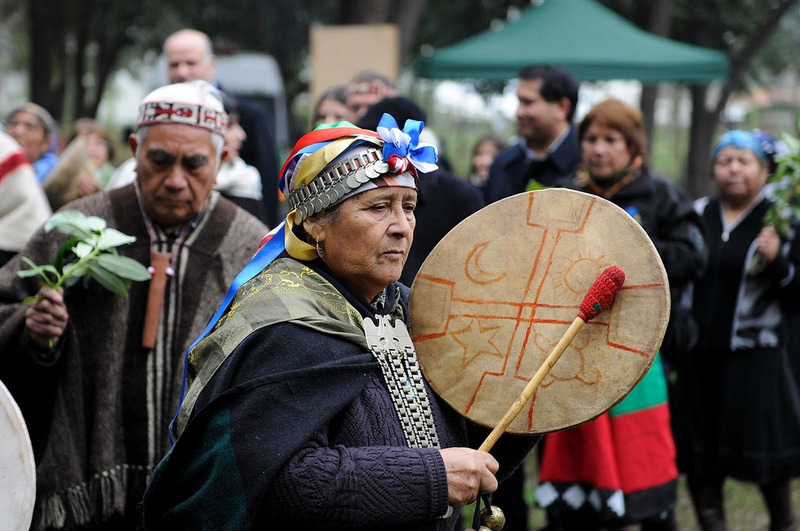 An exhaustive analysis of the historical factors present in the so-called conflict in La Araucanía was published in Ciper Chile by researchers from the Millennium Institute for Foundational Reserch on Data. The study was carried out by Juan Pablo Luna and Carla Alberti, of the Political Science Institute of the Pontifical Catholic University, and Sergio Toro, IMFD researcher at the University of Concepción and director of the Center for Information for Democracy (DemoData) of UdeC.

The investigation is based on the analysis of public information present in the database of the Judicial Power. It retrieves the complaints sponsored by the Ministry of the Interior in the regions of Biobío, La Araucanía and Los Ríos. With these data, the researchers proceeded to geo-reference the events occured between 2014 and 2018 and characterized by the Chilean State as “rural violence” related to Mapuche demands, and which ranged from incendiary attacks to exchange of gunfire.

The study shows that the territorial distribution of violent events in recent years is concentrated in the north and center of the Araucanía Region (Ercilla, Collipulli and Padre las Casas), south of the Biobío (Cañete, Tirúa) and, more recently, in the Andean zone of the Los Ríos (Panguipulli). “These conflict events are not directly related to the presence or absence of indigenous communities. For example, in places such as Nueva Imperial or Puerto Saavedra (which have a significant number of Mapuche communities), complaints of violence are almost non-existent. But in the areas of Collipulli and Ercilla, where the number of communities is lower, the conflict is intense both in the number of events and in their repertoire”, the researchers state.

Luna, Alberti and Toro explain that “the conflict reflects very long-term logics, which are not likely to be modified through the main instruments proposed in the Araucanía Plan (focused on the combination of social investment, promotion of entrepreneurship and the incorporation of mechanisms of political representation)”.

The analysis indicates that the distribution of violent incidents in recent years is mainly concentrated in those areas where the Pre-Hispanic communities had a more intense relationship with the land and the natural resources, so they had the opportunity to stablish long-term settlements in those territories.

“It is precisely this long history of the relationship of the Mapuche with the land that has not been erased by the different actors that have demanded sovereignty or usufruct over those territories, and even more, despite four centuries of historical milestones that paved the way for confrontation and the negotiation between the colonial authorities, the Chilean State and the Mapuche ethnic group, what re-emerges, again and again, is the resistance to the usurpation of said ancestral territories, “the academics indicate in the work available at Ciper Chile.

Read the full analysis in Spanish at http://bit.ly/2MvGmK9