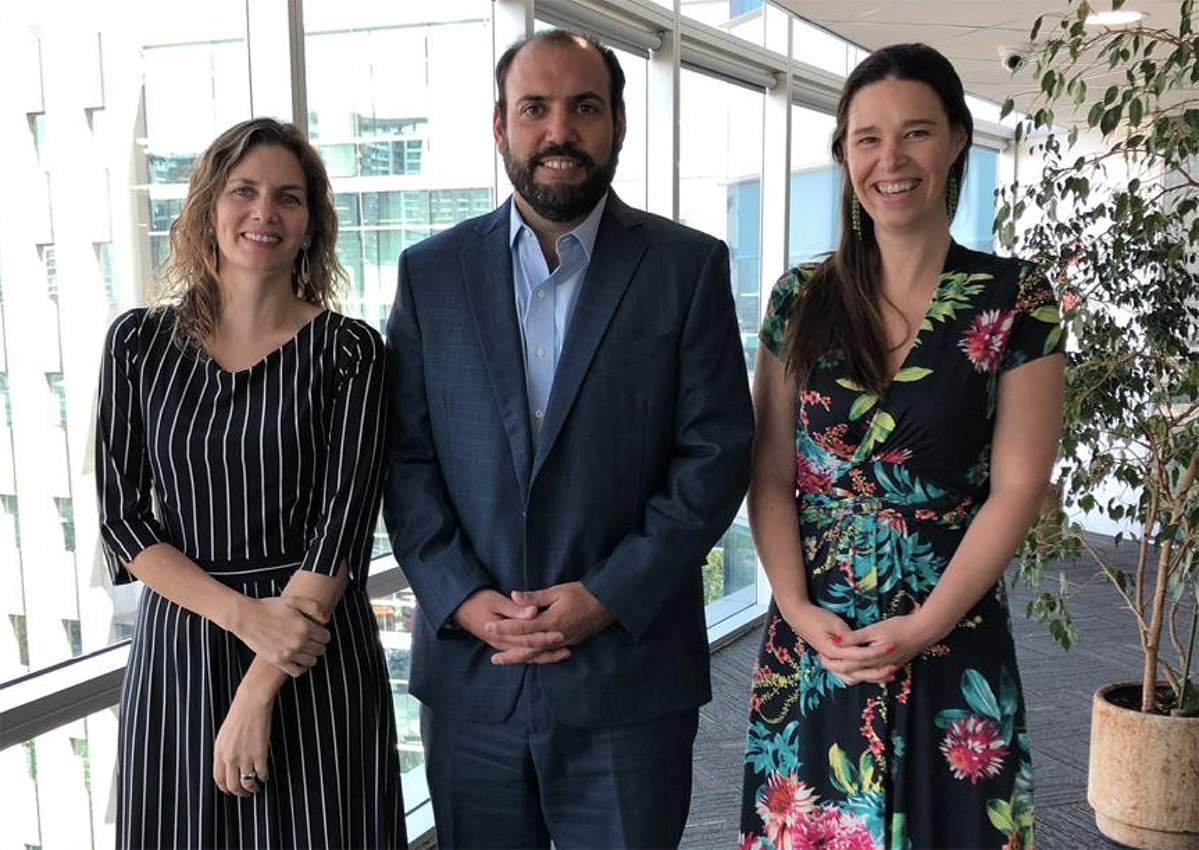 The Ministry of Economy, Development and Tourism appointed Nicole Ehrenfeld Stolzenbach as the new Executive Director of the Millennium Science Initiative, a program of the portfolio that aims to foster and promote associative science and excellence. The presentation was made jointly by the Minister (s) of Economy, Ignacio Guerrero, and by Carolina Torrealba, Undersecretary of the new Ministry of Science, Technology, Knowledge and Innovation.

Ehrenfeld is Biochemist and has a PhD in Sciences from the Pontificia Universidad Católica de Chil. She developed her academic research career on plant-pathogen molecular interaction, and worked as a researcher at Biosigma and Australbiotech companies, producing publications and patents on the field of microalgae and molecular sensors. In Australbiotech she later assumed the General Management, leading the execution and direction of both public and private projects. She also collaborated as coordinator in the biotechnology grants commission of ​​CONICYT as also in a program dedicated to enhance connections with the productive sector in Chile to promote positions for PhDs.

“I appreciate the confidence and the opportunity. I hope to be able to lead a program that, in addition to doing science at the highest level, has a solid track record in outreach and communication. As a scientist, I have been on the other side of the process and I know how important it is to count on good management tools. In that sense, I would also like to continue with the support provided for those doing frontier science border: we have also to be able of communicating the effect it has had on the society and to encourage dialogue with other sectors”, said the new executive director of the Millennium Scientific Initiative.

Ehrenfeld will replace Carolina Torrealba, who led this program until December 2018 when she was appointed as undersecretary of the new Ministry of Science, Technology, Knowledge and Innovation.

For Carolina Torrealba, the appointment of Nicole Ehrenfeld is a tremendous contribution. “She is an excellent professional, very competent for all the subjects that are required to make the decisions of Milenio and I have no doubt that she will lead and carry out an excellent transfer of the program from the Ministry of Economy to the new Ministry of Science. We will do this work in a coordinated way and with close collaboration, “said Torrealba.

The minister (s) of Economy, Ignacio Guerrero highlighted professional career developed by Nicole Ehrenfeld, who is part of the Millennium Science Initiative since August 2018 and that now in this new position will have to face exciting challenges.

“We are very happy with the appointment of Nicole. She will face many challenges during 2019, such as the commemoration of the 20 years of the Millennium Science Initiative, a program the englobes several top scientific research centers in the country. Likewise, she will promote that the culture of excellence of the Millenium Centers be transmitted to the Ministry of Science”, said Guerrero.

The new Executive Director will also have to manage the call for applications for new Research Centers in the field of Natural and Exact Sciences and the five-year international evaluation of the Millennium Institutes MIPP and MIDAP.

Nicole Ehrenfeld is Biochemis and has PhD in Science of the Universidad Católica. She will assume her new role from February 25th. She will replace Carolina Torrealba, who was been appointed Undersecretary of the new Ministry of Science.
More news
View : All
Annual
2023
2022
2021
2020
2019
2018
2017
2016
2015
Biannual
1st semester
2nd semester
Monthly
January
February
March
April
May
June
July
August
September
October
November
December
No news in this category
Images recognition, democracy, communications and databases: Six Fondecyt 2023 for IMFD researchers