Skip to content
Martin Hilbert: today it is possible to predict human and social behavior with more than 80% accuracy 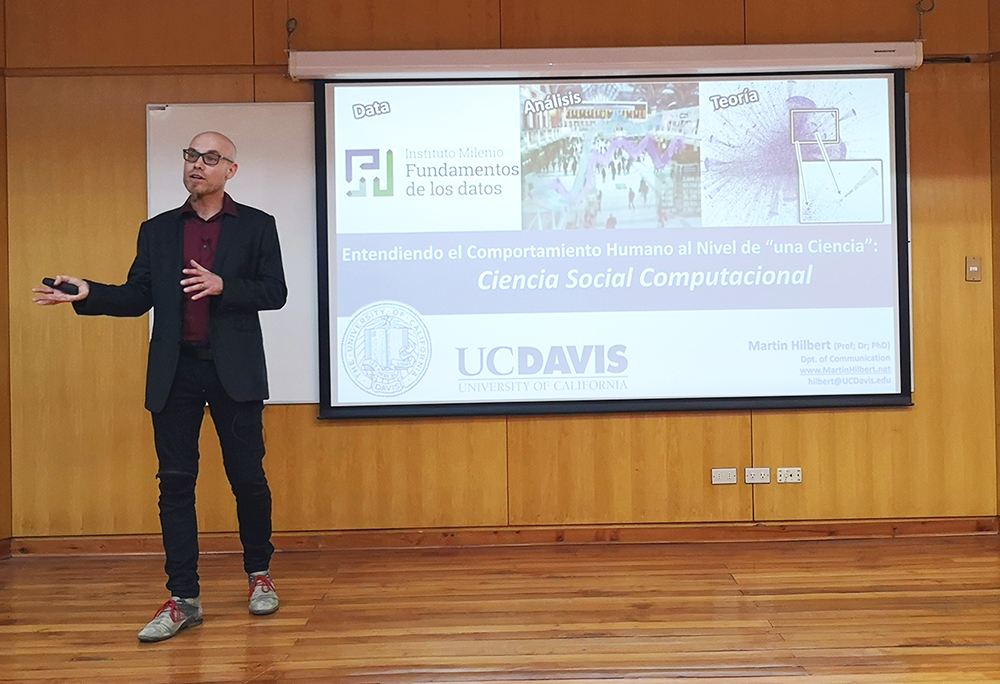 The digitization of all the data produced by the human kind since the dawn of technology (from the first registration systems to the present) has taken less than 30 years: if in the mid-1980s less than 1% of the information was in digital format, today that figure reaches 99%. Its magnitude is such that currently digital information is similar to that contained in the entire biosphere and, what is more amazing, it behaves in a similar way: data on the internet grow exponentially, replicate with high fidelity, evolve by developing differential skills, they express through artificial intelligence and have an unlimited capacity to recombine virtually.

These are just some of the ideas that Martin Hilbert, an academic at the U. of California in Davis, United States, uses to describe the relevance of the size the digital universe has reached and -mainly- its level of precision in understanding and predicting human behavior, achieved by artificial intelligence systems.

With a Ph.D. in Economics and Social Sciences (2006) and Communication (2012), Hilbert has become a major voice in the study of the impact of artificial intelligence in social sciences. He recently visited the Millennium Institute Foundational Research on Data to talk about these topics, in an open lecture that took place in the Department of Computer Science of the University of Chile. In this seminar, Hilbert explained the level of sophistication artificial intelligence systems have reached and the risks they have of producing biased information about reality, in terms, for instance, of gender or ethnic groups.

Just as an example of how immersed we are as society in an artificial intelligence (AI) ecosystem, Hilbert pointed out that 85% of the transactions in stock exchanges are made by these systems. Political campaigns and market patterns are other scenarios in which AI already plays an important role, by processing, understanding and predicting the behavior of people, and defining the factors that influence their decisions.

For Hilbert, the problem is not technology, but the uses of it, which can affect democracy. For this reason, he pointed out that the strengthening of research that studies data from its foundations to its applications is extremely important. “Now we can make predictions with up to 95% accuracy, based on data, analysis and theory. The data has given us the push for the social sciences to become a real science”, said the academic at the University of Chile.

Martin Hilbert is the creator and coordinator of the Information Society Program of ECLAC. For 15 years he served as the United Nations Economics Affairs Officer, position from which he was technical advisor for the digital development of more than 20 countries. He also worked as advisor for the Library of the Congress of the United States.

His work has been published in the most recognized journals, such as Science, Psychological Bulletin, Trends in Ecology and Evolution, and World Development, and appears regularly in media such as The Wall Street Journal, The Washington Post, The Economist, NPR, BBC, Die Welt , among others.

During his time in Chile, Hilbert will give a talk in the 2019 version of Future Congress and will participate in The Best of Nerd Nights Chile, in a joint talk with Marcelo Arenas, director of the Millennium Institute Foundational Research on Data and professor at the Universidad Católica de Chile.